Session: Track B: Sophisticated Density: an Update on TODs, Mobility and the Idea of Mixed-Use 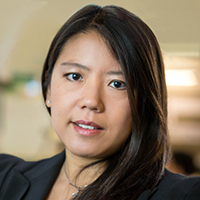 When crafting vertical urbanism, there are many factors to consider, including: height, density, function, access, views and visual impact: each plays a significant role in forming successful developments. When considering a mixed-use context, it is public space that serves as the anchor of vertically stacked, yet synergized, programs in a tower. Such spaces convey stories across the expanse of time – imbuing cultural meaning into social hubs to inspire the architecture. In the same way that an iconic skyline forms visual connections, the public domain attracts people.

Three mixed-use projects illustrate how the synergy of functions, cultural meaning and optimum factors at play render them successful in their context. First, the 280-meter Grand Hyatt/China Resources Building, Hefei, has triple-height sky amenities overlooking a 360-degree, unobstructed view. Sitting atop 55 floors of office and a luxury shopping mall, it has proximity to the high-speed railway station, sports stadium and civic center. Second, the Taihe Chang’An Center consists of 100-meter, stone-arch-like twin towers that form an office hub around a skybridge, arching over a vibrant retail podium symbolically carved by erosion. Its podium rooftop is outfitted with key amenities such as gardens and meeting rooms. Third, the 180-meter Grand Hyatt Shenzhen: an “upside-down” hotel with a sail-like lantern on top, hosts sky amenities, such as the social hub, for a mixed-use project spanning over three blocks.

With synergized functions, good access, unobstructed views and culturally inspired architecture, a tower can be a successful landmark regardless of its height. Furthermore, the sky hubs become a destination when visually connected to the public space in the podium.