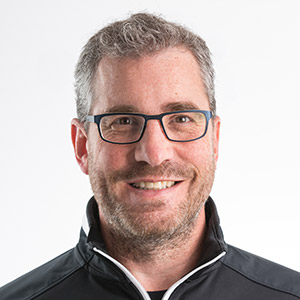 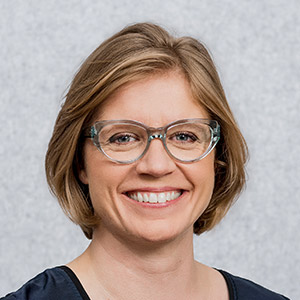 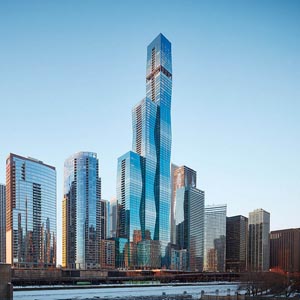 The St. Regis Chicago strives to ask the question: What if skyscrapers can be porous connectors, rather than barriers, for the public realm? The tower is located at the intersection of two major urban axes, Lake Shore Drive and the Chicago River. To leverage this significant site, the design aims to create a landmark at the scale of the city and a welcoming, human-scale connector at ground level. An innovative structural system minimizes structure in the center at its base, creating a key pedestrian connection between the nearby community park and the Chicago Riverwalk.

Three interconnected volumes, or stems, make the building the third tallest in the city. The stems create a larger floorplate at the lower levels, supporting a double-loaded corridor for the hotel where all three connect while staying in scale with the surroundings as the building negotiates the site. The footprint grows smaller as the tower rises and the residential condominiums take hold. The stems are offset in plan and move rhythmically in and out of plane to achieve the alternating geometry that lends the tower its overall flowing appearance.

The essential building block of the architecture is a 12-story truncated pyramid called a frustum. Stacked and nested, right-side-up and upside-down, the frustums form the tower’s flowing volumes. The building’s overall profile is the result of prioritizing the urban connection and carefully studying the interior experience to increase daylight for inhabitants. From the inside out, the frustum was used to build up an assembly of volumes with multiple orientations and corners, allowing for eight corners per floor rather than the typical four of a rectangular floor plate. This improves natural daylight and ventilation and accentuates the view of the building’s inhabitants.