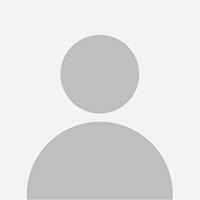 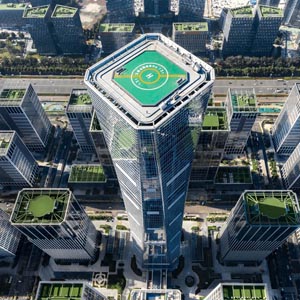 Among the high-rise clusters in the Hanyu Business District, the tallest structure is YunDing Tower. The centrally located structure shapes the appearance of the Jinan skyline from numerous vantage points throughout the city. In the relatively homogeneous, efficient, and integrated morphological environment of the entire business district, the tower is designed to be a point of focus while also achieving a sense of restraint within the regional culture. Its role is intended to be similar to that of Shanghai Tower in the Lujiazui central business district of Shanghai, reflecting to a large extent the entrepreneurial spirit of its city.

From the base, the tower forms a classic collection, with a distribution and rotation under the crown of more than 980 feet (300 meters). The rotation and changing angles of the façade are designed to deal with the prevailing wind direction in Jinan in summer and winter, and alleviate the impact of wind loads. Meanwhile, the curtain wall is designed to be low-carbon and energy-saving. Its posture and position are subject to strict scrutiny, and it needs to not only adapt to the wind environment and geographical location of the site, but also meet the demand for an identity. In general, the tower expresses an upward, positive, and dynamic urban culture. The tower’s volume of change, collection, and distribution has been instrumental in diversifying the space and the landscape to complement the financial office headquarters. The tower features 360-degree landscape spaces at different heights, taking into account the structural and functional efficiency defined by the centralized core tube. Despite variable floorplans, the use of space on each floor is still rigorous, orderly, and efficient. The tower seeks a balance between practicality and visual perception.